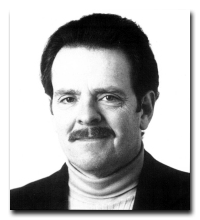 Founder of the United Stuntman's Association

Founder of the Society of American Fight Directors

Inductee into the Hollywood Stuntmen's Hall of Fame

One of Fourteen Fight Masters in North America


Other actors have included:

View his credits on IMDB.com. 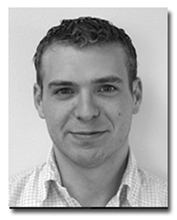 Head Administrator of the United Stuntman's Association. Born and raised in the stunt business. Assisted the operation of the school for the last 12 years.

The following staff are determined by availability, as some may be working on films at the time of the courses.

20 years of stunt coordination, performance, and teaching in Canada. Extensive experience with high falls, fire burns, car hits, fights to the death, stair falls, and many more. BFA in Drama – Acting at the University of Saskatchewan, and Fight Director with Fight Directors Canada.

15 years of work as a professional stunt performer in New York and LA with numerous speaking rolls across from actors such as Leonardo DiCaprio, Russell Crowe, and Vin Diesel. Several years of live performance with Disney Tokyo, the Water World Stunt Show at Universal Studios, and travelling circus shows as an aerial acrobat. 4-time Oklahoma state champion gymnast.

13 years as a teacher in several venues including boxing and mixed martial arts. Trainer in Parkour technique for film. Stunt performer for several films & commercials. Teaches break dance and hip hop professionally. He was in the top 16 of "So You Think You Can Dance" (season 8). Stunt performer and professional dancer.

16 years as a fire instructor, fight arranger and motion capture specialist. L.A. fire fighter and EMT for the motion picture industry. Most recent credits "The Lord of the Rings", "The Chronicles of Narnia", Appleseed 2", "Flags of Our Fathers", and "Pirates of the Caribbean III". Actress & stunt double.

SAG/AFTRA stunt performer and stunt rigger. Designer and operator of stunt rigging for film, television, and professional sports mascots. 17 years as instructor for the International Stunt School. 10 years of study and three awards with the Society of American Fight Directors.

15 years as teacher and choreographer for stage and screen with over 100 production credits to date. Utility stunt man specializing in all forms of combat. Member of the Society of American Fight Directors, AGMA, and Asylum Stunts. He teaches at The Second City Training Center in Chicago. He has developed and perfected blood effects for use in several film productions. Acting coach and stunt performer.